Give Your Child's Eyes a Screen Time Break 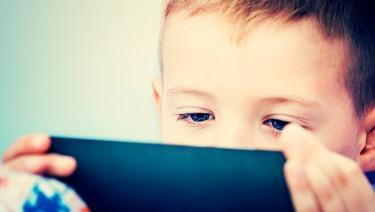 Give Your Child's Eyes a Screen-Time Break: Here's Why

Children spend more time than ever staring at digital screens—on computers, tablets, TVs, smartphones, and other devices. All that screen time can take a toll on children's wellbeing, including how their eyes may feel.

What We Know Now:

Research shows children begin zooming in on digital media devices, such as their parents' tablets or smartphones, as young as 6 months old. By their teens, kids spend nearly 7 hours a day using screened-based media, watching TV, playing video games, and using social media; this doesn't include additional time spent using screens at school or for homework.

Especially if they're having fun, children might keep playing and watching to the point of eye-rubbing exhaustion.

Staring at a screen for long stretches without taking breaks can cause symptoms such as:

What Parents Can Do:

We look forward to hearing from you.

Find us on the map